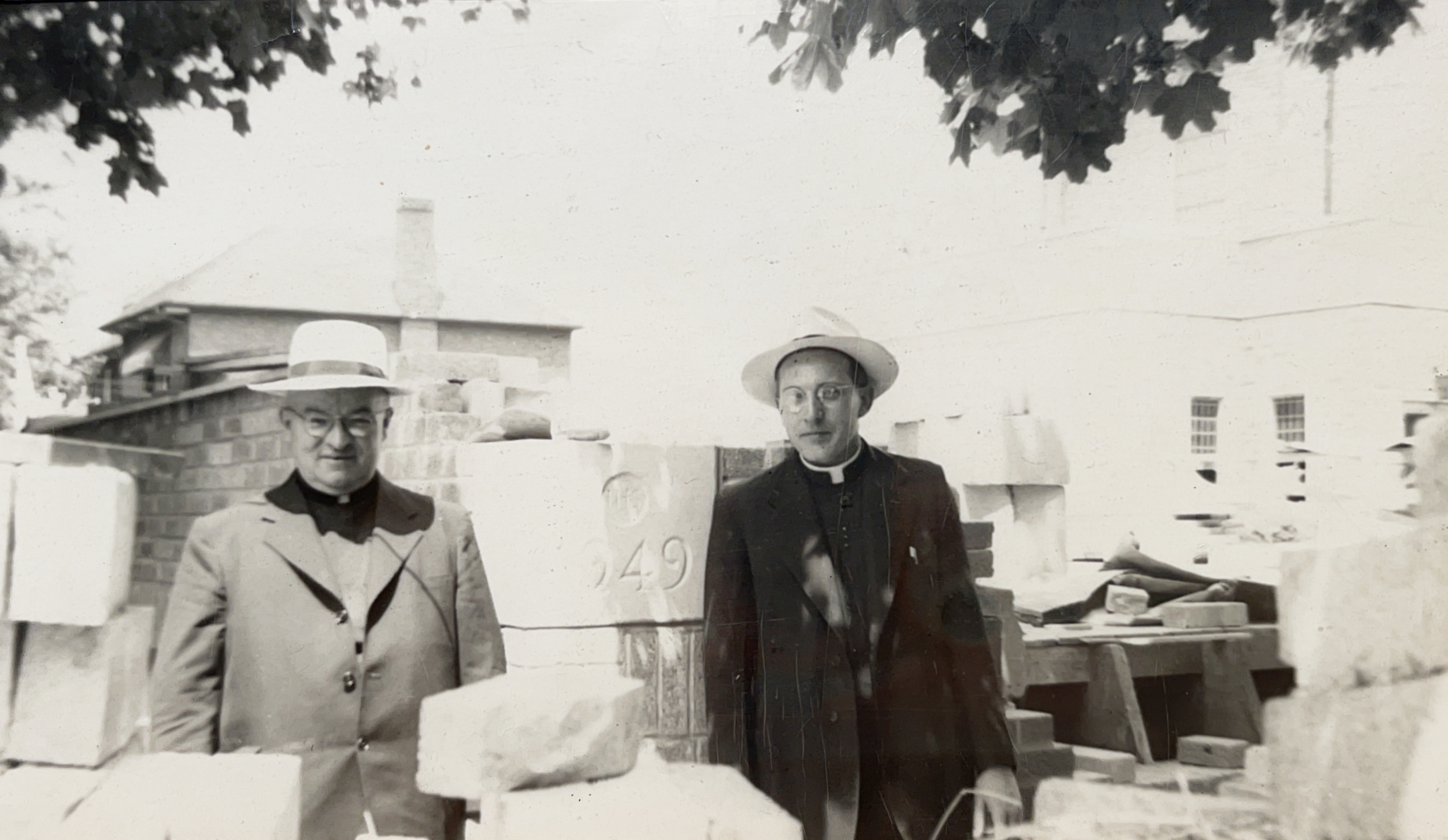 Our Parish celebrated it’s 90th anniversary in 2016. In November 1926, Father Francis H. Pennylegion was appointed the first Pastor of a new Parish in the rapidly growing community of North Toronto, to be named Blessed Sacrament.

On December 19, 1926, Fr. Pennylegion was joined by about 100 North Toronto Catholics in a converted house on Bedford Park Avenue where he celebrated the Mass for the Fourth Sunday of Advent.

The house on Bedford Park also served as a two room school where Sister Mount Carmel IBVM and Sister St. Leonard IBVM, Loretto Sisters, taught grades one through seven, on the site of what is today Blessed Sacrament Catholic School.

The Parish grew very quickly and it was soon apparent a new larger facility would be needed.

In 1928 the current site at the corner of Yonge Street and Cheritan Avenue was purchased and in the Spring of 1929 construction of a permanent church began.

The $180,000 cost of construction was enormous, but the members of the Parish community worked hard to raise the money, under the leadership of Fr. Pennylegion.

On Sunday June 1st 1930, Archbishop Neil McNeil dedicated the new Church.
The Rectory was originally at 19 Cortland Avenue, and in 1949 the Parishioners built the Rectory at 24 Cheritan Avenue and serves as our offices and residence for the Priests.

Blessed Sacrament is one of the largest church structures in the Archdiocese of Toronto. It’s architect, J. Gibb Morton also designed Corpus Christi, St. Brigid, Our Lady of Perpetual Help, Sacre-Coeur, and Christ the King, and based his look for the building on two periods of medieval Gothic architecture. 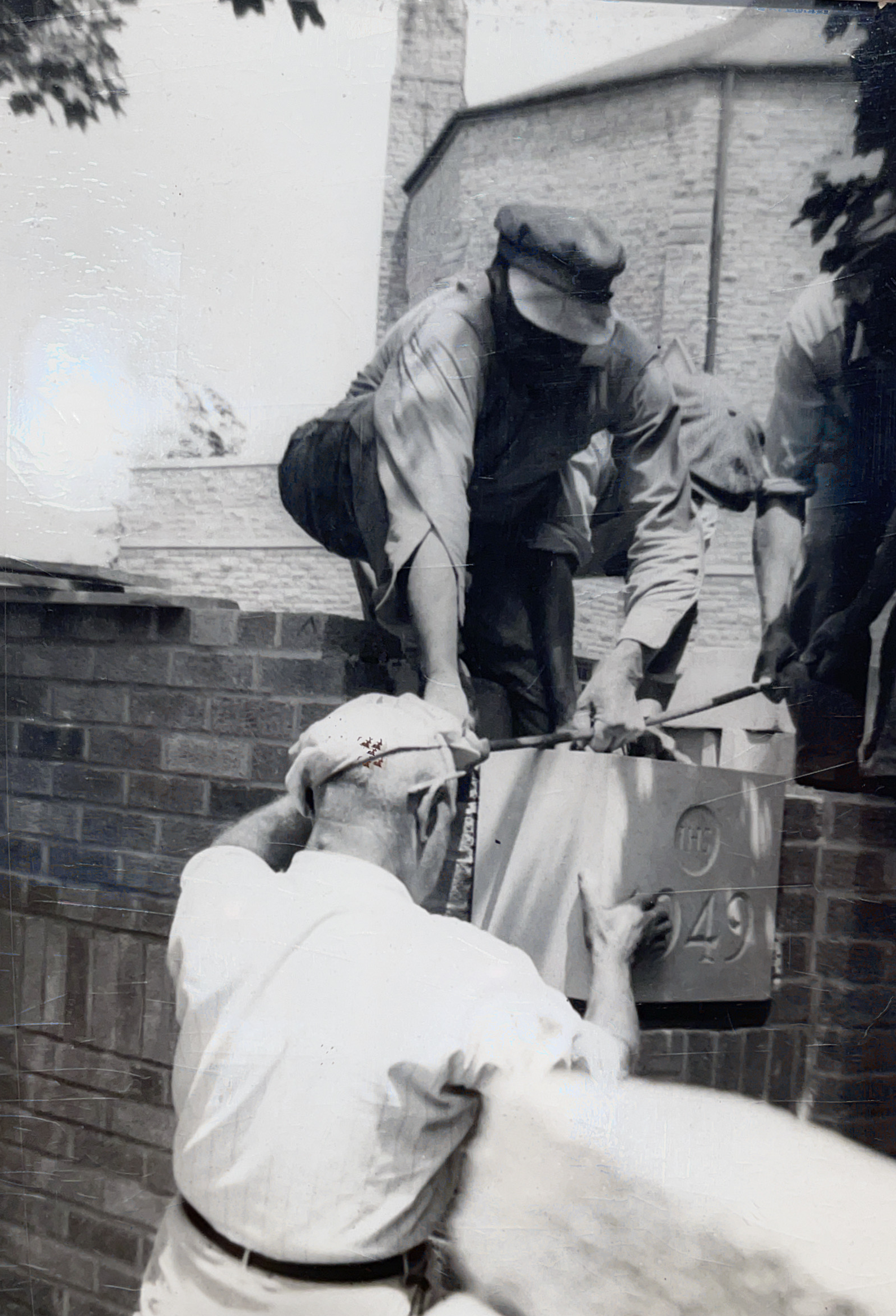 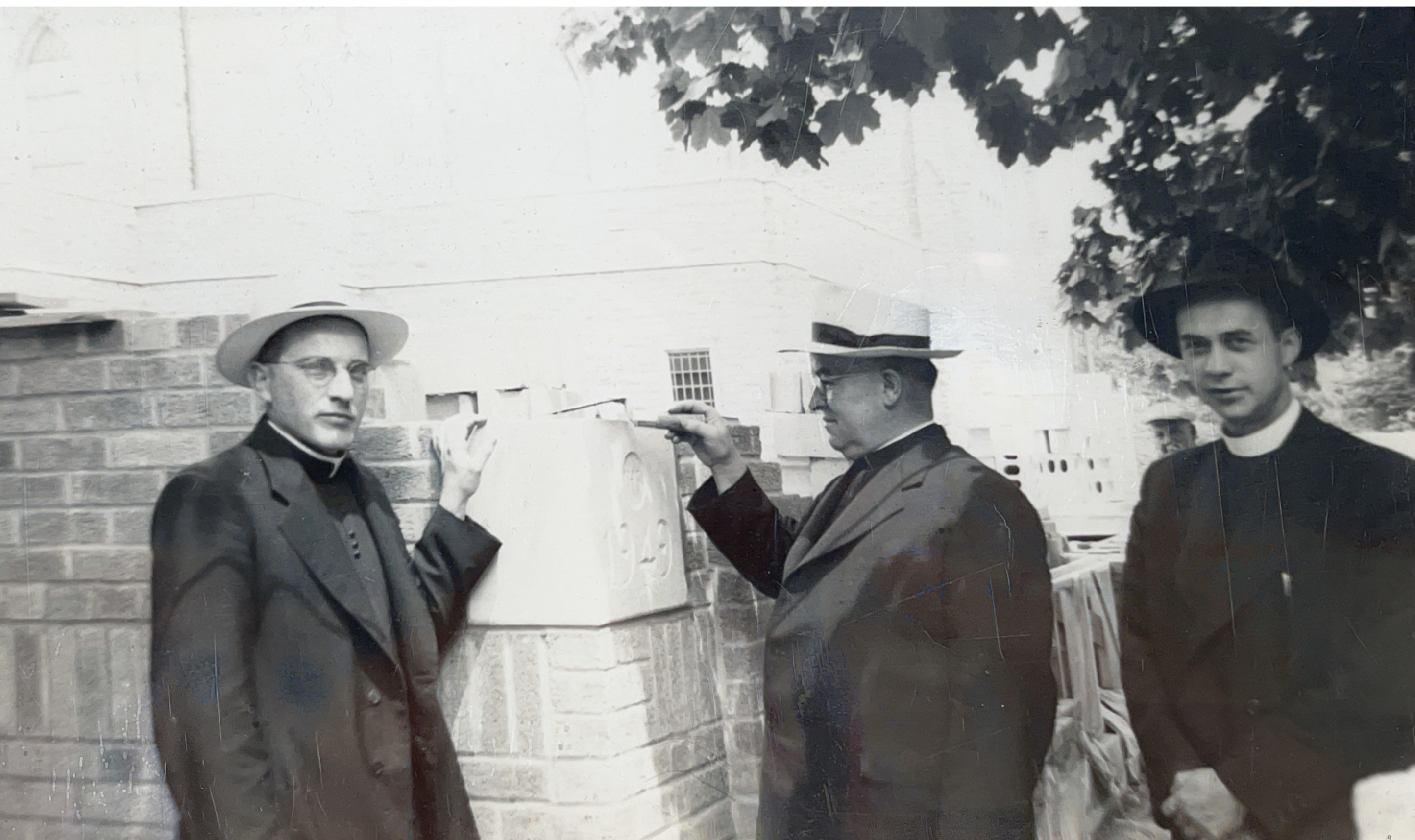 The History of Blessed Sacrament Church

In 1926, the world and the city in which Father Francis Pennylegion began the parish of Blessed Sacrament was a very different one from today. Then, North Toronto was in the process of changing from a collection of rural communities to an urban neighbourhood, spurred by the development of Lawrence Park (begun before the First World War, but still under development), and the extension of the streetcar line on Yonge Street. Toronto was still very much a small English Canadian city, and not all that welcoming to Catholics - the comparisons to Belfast were accurate in more ways than one.

And so it was an act of Faith that within two years of the founding of the parish, a courageous step was taken by Archbishop Neil McNeil and, Father Pennylegion. The church had been located, along with the school, in a large house on Bedford Park Avenue called Knockaloe, which had been the home of the Ellis brothers. Rather than building a new church on that site, the archdiocese purchased one of the most prominent pieces of land in the neighbourhood at the corner of Yonge Street and Cheritan Avenue, directly opposite the ravine that would later be Lawrence Park.

Work began in the spring of 1929, to plans by architect John Gibb Morton (1876 - 1949) who had come to Toronto from his native Glasgow in 1909, and had already established himself by building Corpus Christi and St. Brigid's churches. The cornerstone was laid on September 1" by Archbishop McNeil, but several weeks later the stock market crash heralded the start of the Great Depression. In spite of this, Father Pennylegion and his parishioners persevered, and in June of 1930 the Church of the Blessed Sacrament was opened.

Making due with limited resources was the order of the day through the 1930's, and older parishioners still recall Father Pennylegion's sacrifices for his community. Even after he left in 1942, he remembered Blessed Sacrament with affection, frequently returning as a guest right up to the fiftieth anniversary in 1976.

Father Hugh Callaghan, named Monsignor in 1947, was the second pastor, serving until his death in office in 1960. He saw the parish through the Second World War, in which 231 parishioners served in the armed forces, and eleven did not return. The old Ellis house was replaced by a proper school building in 1945, a tribute to Monsignor Callaghan's devotion to Catholic education, and in 1949 the parish rectory was built. At the end of his life Monsignor saw the installation of the Casavant organ in 1958, (rebuilt between 2005 and 2016), and the marble altars in 1959.

Monsignor John Fullerton, pastor from 1960 to 1977, served through the era of the Second Vatican Council, and the momentous reform in the liturgy that it spawned. The church was redecorated in its present color scheme, new stained glass windows were installed, and the school was enlarged. Encouraged by the teachings of the Council, the laity of the parish became more involved in the liturgy. This process continued under Father Edward Boehler (later Monsignor), pastor from 1977 to 1990, and Father Ted Fournier, pastor from 1990 to 1994.

The Family Mass, with its special children's liturgy and varying musical programs, were coupled with a growing social commitment. Blessed Sacrament parish sponsored refugee families, continued a long tradition of aid to less affluent parishes and the parish's chapter of the St. Vincent De Paul Society maintained its tradition of generous charity. In 1997, we joined the Out of the Cold program to provide aid to the homeless.

Father John Newton, pastor from 1994 to 2006, and Father Larry Marcille, pastor from to 2006 to the present have led Blessed Sacrament in meeting the challenges of a changing Church and community during the new millennium. In 2005 we began a program of renovation and expansion of the church's facilities to bring them up to date and to meet the needs of the future. We have welcomed to our midst priests from India, Ghana, Nigeria and, Kenya, and helped educate seminarians for the priesthood through St. Augustine's Seminary's internship program..